Background: Ontology & Explanation in the Organon

A substance—that which is called a substance most strictly, primarily, and most of all—is that which is neither said of a subject nor in a subject, e.g. the [15] individual man or the individual horse. The species in which the things primarily called substances are, are called secondary substances, as also are the genera of these species. For example, the individual man belongs in a species, man, and animal is a genus of the species; so these—both man and animal—are called secondary substances.

Characteristics of substance in Cat. 5

Ontology & Explanation in the Prior Analytics

Demonstration
A “knowledge-yielding” syllogism; a syllogism grasp of which imparts scientific knowledge (epistēmē) of the conclusion.

We think we understand (= know scientifically) a thing simpliciter (and not in the sophistic fashion accidentally) whenever we think we are aware both that the explanation [10] because of which the object is is its explanation, and that it is not possible for this to be otherwise.

As the universal patterns of which demonstrations are special instances, Aristotle thinks the syllogistic implies a method for inquiry and explanation in all disciplines:

So the method is the same for all subjects, in philosophy as well as in the technical or mathematical disciplines. For one must discern for both terms what belongs to them and what they belong to, and be supplied with as many of those terms as possible. One must examine them with respect to the three terms, in one way when refuting, in another way when establishing something; and when it is a question of truth, from the terms that are listed as belonging truly, for dialecti- cal syllogisms from premisses according to opinion.

Actually, instead of building a helpful bridge, the diagram seems to make Aristotle’s rules look much more complicated than they are, because it also shows the cases in which no syllogisms can be found.

Aristotle first introduces the letters B , C, D and F, G, H to stand for sets of terms, while A and E stand for the predicate- and subject­ terms of the desired conclusion. For both A and E there will be lists of terms that either ' follow' them ( B and F ) or are followed by the m (C and G), or that cannot be predicated of them (D and H). Evidently, the terms that are said to follow a given term are universally predicable of it. The middle term in each case will be one that occurs in one of the lists for A as well as one of the lists for E. In the first example, Aristotle makes this explicit by speaking of ‘one of the Cs’ or ‘one of the Fs’; later on he simply uses the letters to stand for an item on the respective list. 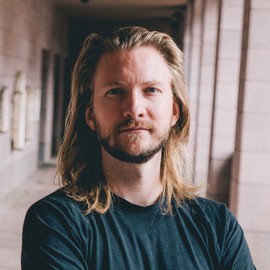